Atlantic High School Sharks mascot Matthew Martinez walks away from his costume during the halftime show of a basketball game Friday night, January 16, 2004 in Daytona Beach, Fla. Martinez was taking a break from playing the mascot called "Sharky." He said that the costume was "very hot." The shark suit, "Sharky," has been around for 10 years, since the beginning of Atlantic High School, but was replaced at the beginning of the 2003-2004 school year with a brand new suit which shows up mostly for football and basketball games. Junior Matthew Martinez has played "Sharky" since the beginning of football season, and according to Activities Director Loraine Crane, it has been a very good move for him to play the AHS mascot. (Craig LItten) 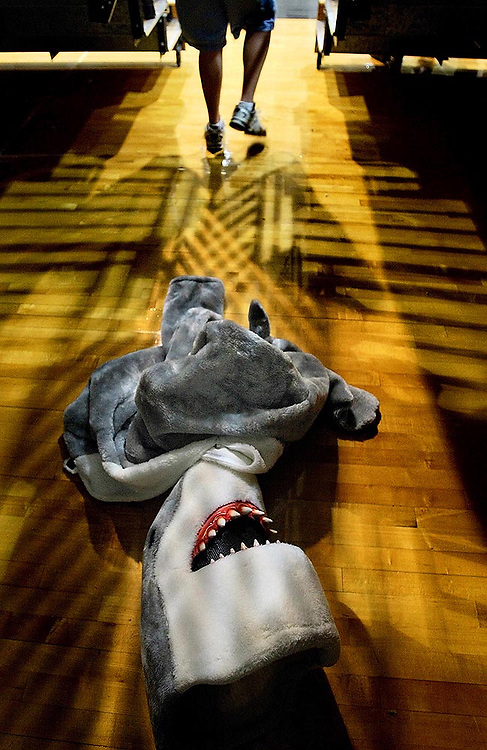